In Royal Oak, Michigan, we are a well-known roofing business. With unmatched craftsmanship and customer service, we offer roof repair, replacement, and installation services for all types of roofs.

One of the most crucial things you will ever do is to keep your house safe and secure. Because of this, Southfield Roofing Pros makes an effort to provide its clients with the best products and workmanship possible. We recognise that repairing or replacing a roof can be a difficult task, but if you let us handle all of your needs from beginning to end, it won’t be as frightening. We are equipped to manage any work, no matter how big or small, thanks to our more than 20 years of roofing service experience. For both residential and commercial premises, we provide a variety of services, including: Without having to worry about causing structural harm to the property’s existing components, we can work on new building construction or remodelling projects. When installing, we adhere to OSHA regulations for safety and only utilise premium products that are built to last. We will do our best to quickly and quietly address your needs, whatever they may be.  Give us a call today for free quote at (248) 290-9984. 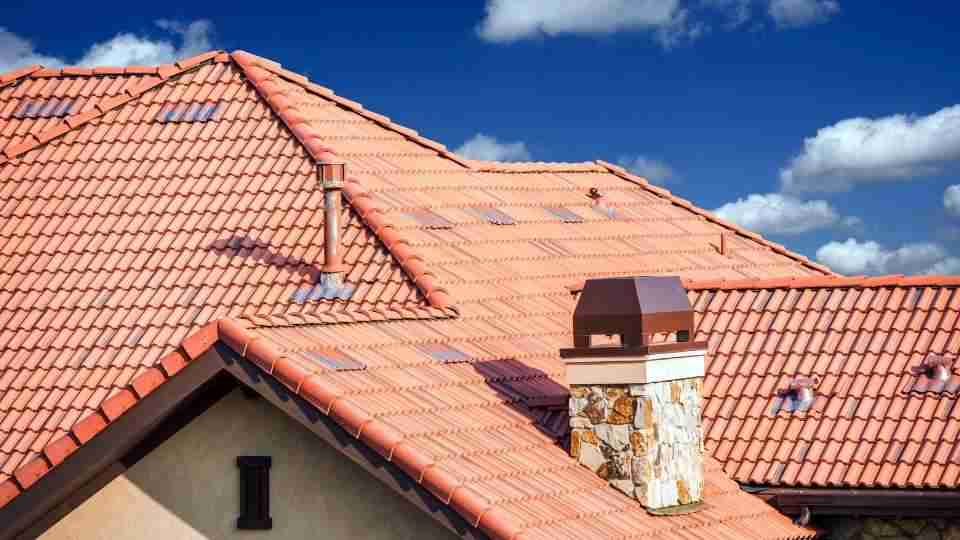 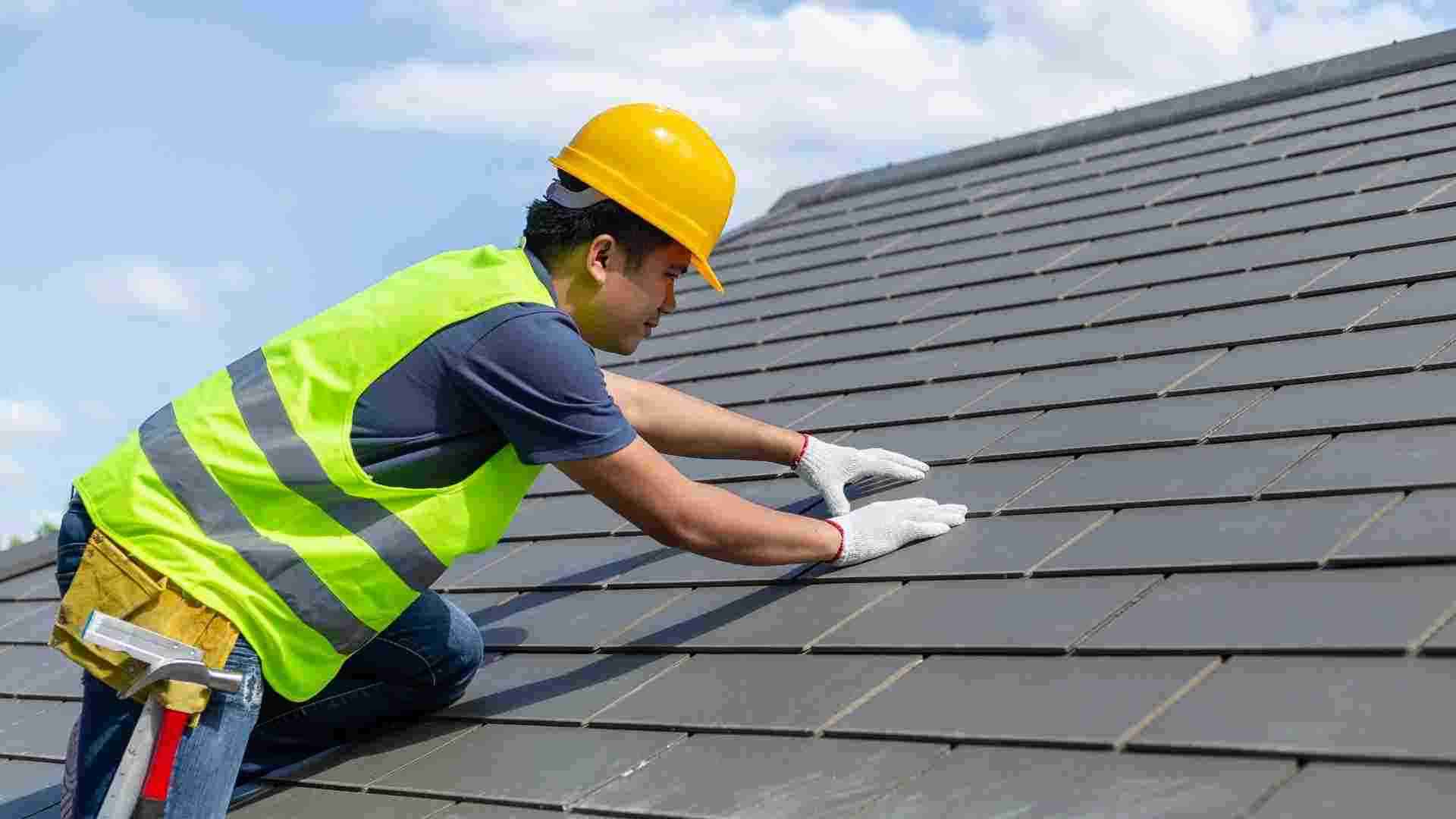 Why You need roofing in Royal oak, MI?

One of a house’s most crucial components is its roof since it keeps everyone inside warm and dry. The two purposes of roofing systems in Royal Oak, Michigan are to improve the appearance of a home. Slates, clay tiles, asphalt shingles, and other roofing materials can all be used. Depending on their requirements and tastes, some people like one type over another, but this does not imply that any one style of roof is inherently inferior. Asphalt shingles, slate, or clay tiles are just a few of the several roofing options available in Royal Oak, Michigan. There is no right or wrong roofing material, just as there is no incorrect home style, because numerous home types work well depending on the type of house you desire. Each offers advantages in terms of cost and longevity.

Get Your Free Roofing Estimate Now !

Get a Free Estimate 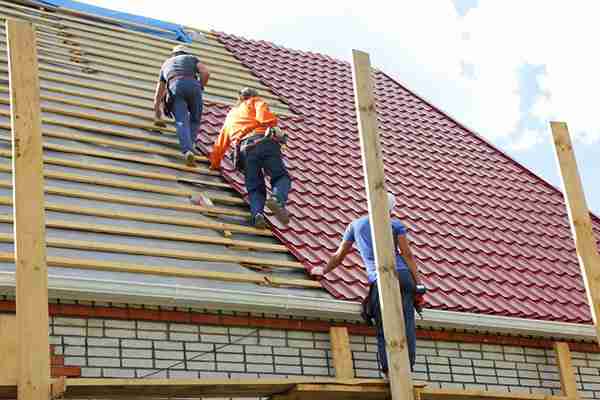 Homeowners or professionals can install roofs, which is a crucial part of property maintenance. Finding the appropriate business is crucial when looking for someone to install your roof. It’s important to choose a provider that you feel confident inviting into your home. A roofing firm would often give their client an estimate after evaluating the task’s difficulty and any additional supplies or equipment required to finish the work. The decision to accept or reject this offer is then left in the customer’s hands. If they agree, they must sign a contract outlining their acceptance of the terms of the estimate before work can start. Although this process can take some time, it guarantees that everything runs without a hitch when it comes to paying for the services received at a later date. 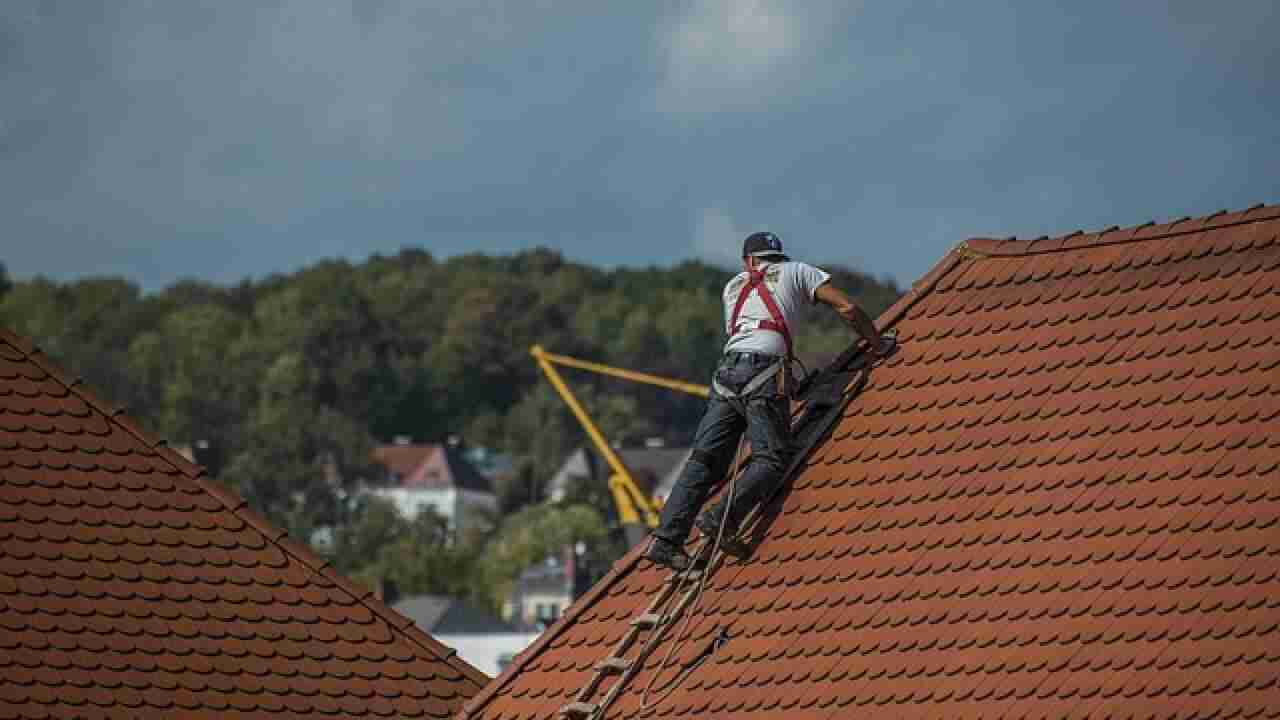 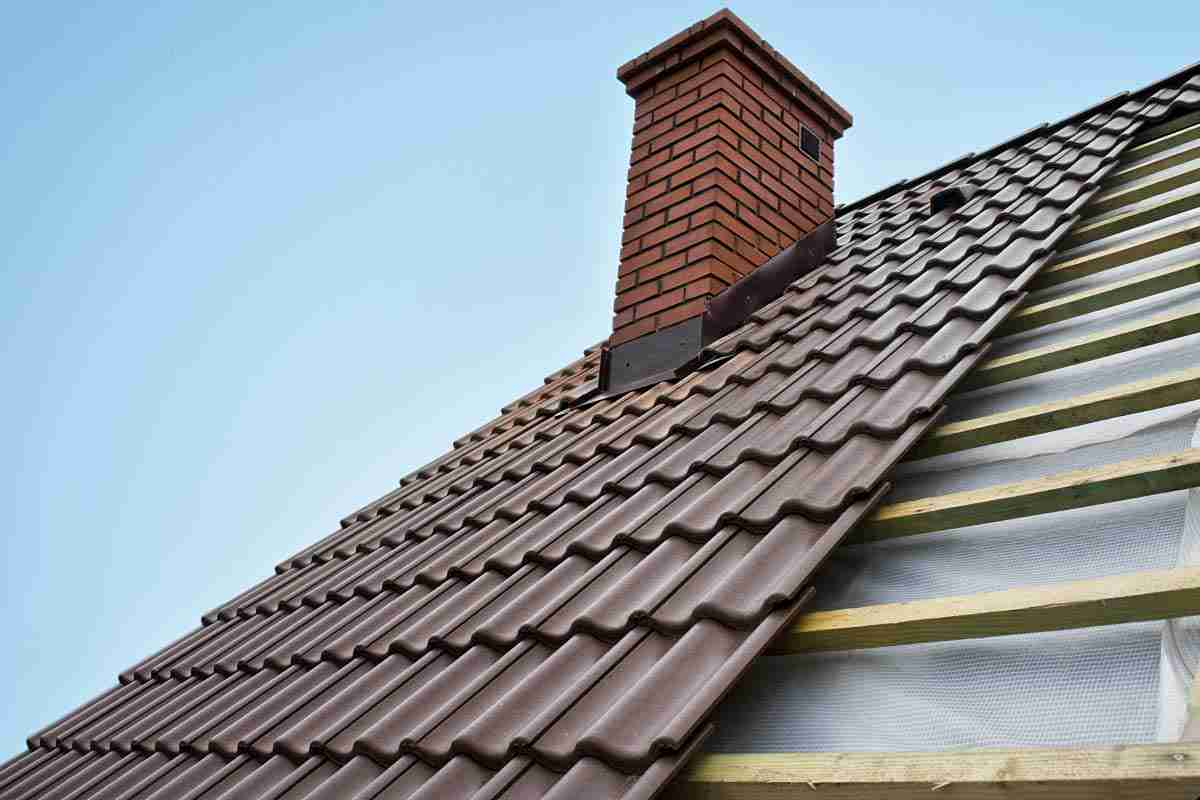 The cost of a new roof is a major worry for homeowners who are considering one. However, depending on the material and manufacturer, most roofs can endure 20 to 50 years. A new roof typically costs between $8,000 and $12,000. This may seem like a high cost, but with regular care, your roof may be able to survive much longer than that life expectancy, saving you money overall. Roof replacement is one of those things that will ultimately need to be done, but you won’t consider it unless there is a problem. Every home needs a roof, so when they begin to deteriorate or leak, your property may suffer major effects like mould development or structural damage that needs to be repaired before anything else is harmed. If only a portion of your roof is damaged, it might not seem worthwhile to replace the entire thing. However, if all major components need to be replaced, this could quickly turn into a costly issue because doing so all at once will be more expensive than making small repairs here and there over time and waiting until the roof has sustained additional damage, which could take another 10 to 20 years. Please contact us right away at (248) 290-9984 if you require a reputable roof replacement contractor in Royal Oak, Michigan.

A leaky roof frequently requires roofing repairs, but many homeowners forget about the gutters. Rainwater is gathered in gutters, which divert it away from the house. They may become blocked and damaged over time by leaves and other debris, which may result in a buildup in your basement or foundation. An expert roofer can offer gutter repair services that will increase the value of your house and protect you from water damage.

Gutter systems are typically constructed with a rubber seal down the side on the roof. The seal is often adhered to the roofing as well as all around the pipe and downspout to create a tight seal. Gutter guards are also installed at this time to prevent leaves, twigs, and other debris from entering the gutter. The installation process may be impacted by whether your roof is made of steel or aluminium. Aluminum gutters must be installed prior to the installation of any shingles because if they are added thereafter, they will sag and buckle under the weight of the shingles. You may always add steel gutters, just make sure to cover them with brand-new shingle tabs to stop water from seeping in and damaging your shingles. 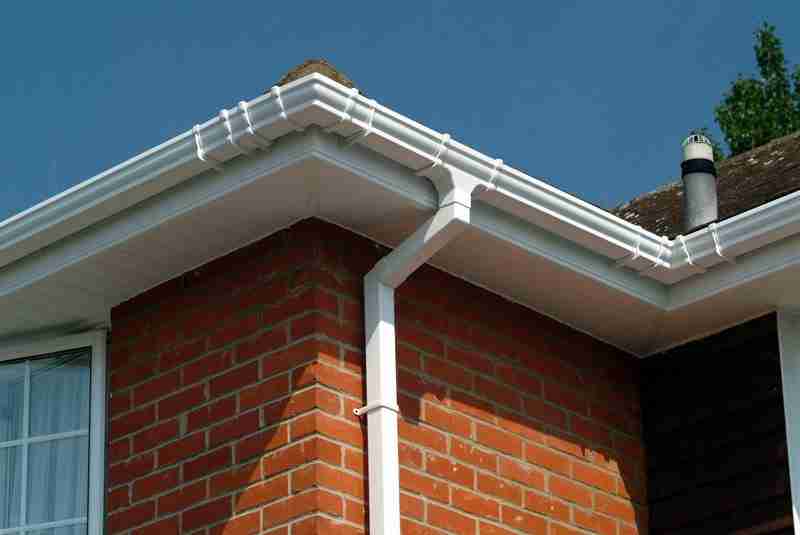 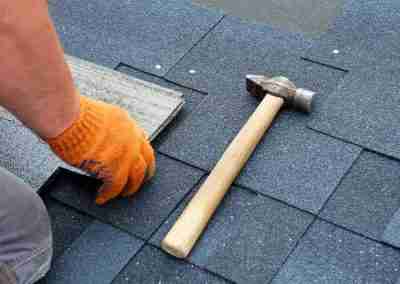 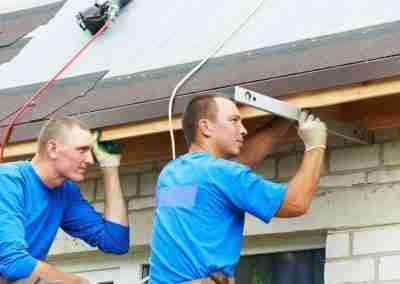 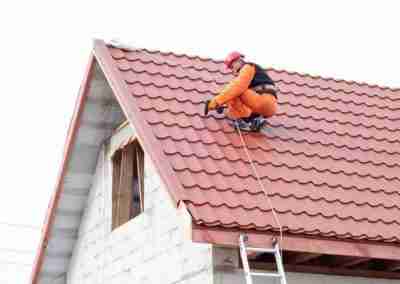 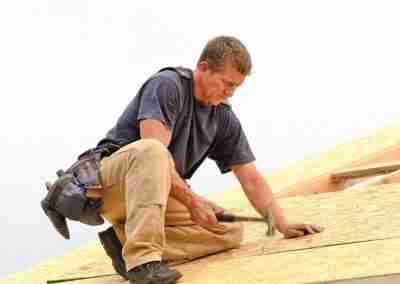 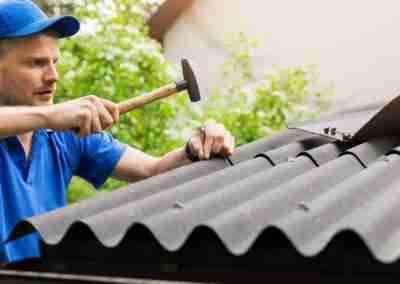 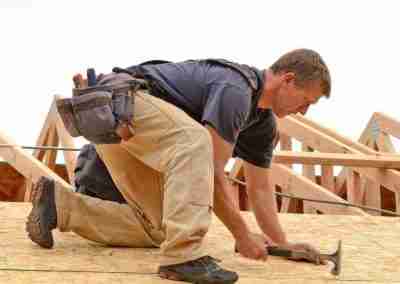 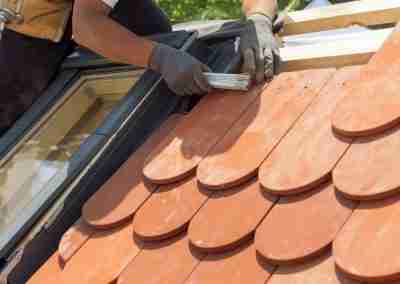 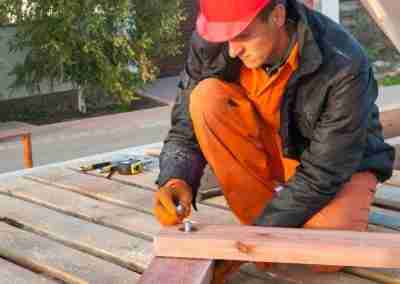 Oakland County, Michigan’s Royal Oak is a suburb of Detroit. The city is around 12 miles from downtown Detroit and only 20 minutes north of the Motor City. Royal Oak was first formed as a town in 1891, and it became a city in 1994. Royal Oak, which is the second most populous city in Oakland County after Birmingham, has 57,236 residents as of the 2010 Census. Between Pontiac (to the south) and Ferndale, in southeast Oakland County, is where Royal Oak is located (to the north). Woodward Avenue and I-696 form its eastern and western boundaries, respectively. At Livernois/McNichols Road on one end (serving Amtrak trains), and at 14 Mile/Woodward Road on the other end (providing Amtrak service, connecting buses, or private shuttles to Metro Airport or downtown Detroit), the Woodward Avenue station makes stops at both ends of Royal Oak. The exit ramps for I-75 are accessible from both directions through 9 Mile Road, which passes through Royal Oak’s downtown and is a portion of M-1, commonly known as “Woodward Avenue” or US Highway 10. African Americans made up 41% of the population in Royal Oak in 2000, making it one of the most

However, some people are unaware that a minor leak that results in a wet patch in the corner of your ceiling can quickly escalate into an issue that jeopardises the structural integrity of your home, necessitating substantial and costly repairs.

Our staff is focused on one goal: to resolve the issue and prevent it from recurring. You will receive excellent work that is well worth your money.

Get A Free Quote!

Simply put, we value the time and work you have invested. We respect your time and, more importantly, the time of our customers. We will provide you with ongoing customer service, which means we will go out of our way to ensure you understand why we are working on your roof, the benefits you will receive, and the duration of the repair. Please contact us for more information.